A Biblical, Psychological and Moral Analysis of the Rape of Tamar in 2 Samuel 13: A Pastoral Response

Keywords: Noel Woodbridge and Callie Joubert
Violence in any form, including rape, has a corrosive effect on the psychological, moral, spiritual and social lives of people. The high incidence of rape in South Africa has led to its being dubbed the ‘Rape Capital’ of the world, and violence against women has become the new ‘normal’. To help understand, explain and prevent this phenomenon, this paper presents a biblical analysis of the narrative of the rape of Tamar in 2 Samuel 13, and identifies the contributing factors that led to rape. It then offers a biblical analysis of human passions, with special reference to sexual lust, to help us to understand a person’s character. A contemporary psychological and moral profile of Amnon, the rapist, is then presented. Finally, a six-fold pastoral response to a contemporary rape situation is proposed, based on the biblical, psychological and moral analysis of the rape of Tamar by Amnon.
Download Article
Read More

A Comparative Book Review of Fleming Rutledge’s, The Crucifixion and N.T. Wright’s, The Day the Revolution Began

BTech Arch, NMMU; PhD, SATS. Robert practised architecture for seven years, after which he went to Kenya as a missionary. He is a Research Supervisor for MTh and PhD candidates at the South African Theological Seminary. His primary research interests are in Systematic Theology, Philosophical-Theology, New Testament, soteriology and eschatology.

Fleming Rutledge is an Episcopal priest, being one of the first women to be ordained to the priesthood of the Episcopal Church in 1977, and is recognized in North America and Britain as a preacher, lecturer, and teacher of other preachers. She attended the General Theological Seminary and received her Master of Divinity from Union Theological Seminary in New York. Rutledge was assistant and later senior associate at Grace Church in New York City for 14 years, and served as interim rector of St. John’s Church in Salisbury, Connecticut.
Download Article
Read More

Batanayi I. Manyika MPhil (Bible Interpretation), University of Stellenbosch. He is an Academic at the South African Theological Seminary, currently working on a PhD in New Testament, with focus on Paul’s letter to Philemon.

The Supreme Importance of Promoting Equity, Kindness and Humility: A Descriptive and Comparative Analysis of Micah 6:1-16 and 1 Corinthians 13:1-13

Keywords: Hospitality Social-scientific Criticism Masters and Slaves Patronage and Clientism
This journal article undertakes a descriptive and comparative analysis of Micah 6:1–16 and 1 Corinthians 13:1–13. One incentive for doing so is that both passages clarify in an expansive manner the Lord’s command in Leviticus 19:18 for his children to show godly compassion to others. This priority is more fully developed in the major claim of the article, namely, that promoting equity, kindness, and humility is of supreme importance. A second incentive is that deliberating the meaning and significance of these virtues finds its inspirational and theological roots in the Judeo- Christian canon. A third incentive is that exploring and evaluating the intertextual dialogue between these two passages appears to be a major lacuna in the scholarly literature. This deficit in the academic research becomes even more acute when the focus is narrowed to the topic under consideration.
Download Article
Read More

An Exegetical Discussion of Mark 2:1-12: Lessons for Forgiveness and Healing in Contemporary Christianity in Ghana

Daniel Nii Aboagye Aryeh (Rev) is the Ag. Dean of the School of Theology, Perez University College, Winneba Ghana. He teaches biblical Greek and Hebrew, and biblical hermeneutics. He is a PhD Candidate (Biblical Studies) at Trinity Theological Seminary, Legon Ghana. He has published in the area of biblical interpretation, missions, and pentecostalism.

Keywords: Daniel Nii Aboagye Aryeh
This essay discusses the relationship between forgiveness and healing in the context of Mark 2:1–12, and draws lessons for contemporary healing ministry in Ghana. Mark 2:1–12 has been interpreted by some scholars and Christian leaders to mean that they have authority to forgive sins, leading to healing. This view has been widely accepted by some contemporary prophets in Ghana. The phenomenon can hardly be in consonance with the stipulations in the gospels concerning healing. Hence, it has the potential of giving false hope to Christians and distorting the meaning of Scripture. Narrational analysis is engaged for the exegetical work, to attempt a re-interpretation of the text.
Download Article
Read More

Evangelicals and Social Justice: Towards an Alternative Evangelical Community

Keywords: Alternative Community Evangelicals Reconciliatory Compassion Love
The God of the Bible is unquestionably a God of justice and compassion. Christians have differences as to how human government and the church should bring about a just social order. Evangelicalism, amongst the many religious voices in South Africa, advocate separation between Church and State. Many Evangelicals understand the social engagement of ‘doing justice’ as inextricably linked to the loss of sound doctrine, spiritual dynamism, and a watering-down of the Gospel. Therefore, within Evangelicalism, right doctrine takes precedence over right action. This focus created a dysfunctional understanding of the world and how one engages it. De Gruchy (1986:33) protested the church's complicity with the apartheid government. What could have led most Evangelical churches to turn a blind eye to the murder and dehumanisation of the masses in South Africa (emphasis mine)? He concludes that it because of unbiblical privatisation of piety, which separated prayer and the struggle for justice. Evangelicalism had become dangerously individualistic and ‘otherworldly’ spiritual.
Download Article
Read More

Hearing God’s Voice: Evaluating Some Popular Teachings on the Subject

Keywords: Divine Guidance God’s Voice Prophecy Hearing God
Hearing the voice of God is for many Christians part of their everyday life and undoubtedly biblical. But what exactly do they mean by ‘hearing God’s voice’ and how do they distinguish between God’s voice, their own thoughts or feelings and other voices? To assess whether certain ways in which some claim to be ‘hearing God’s voice’ are scriptural, this paper presents the results of three studies conducted by researchers who have investigated the phenomenon. It then focuses on some of the things Christians are being taught about God’s voice, which are nothing less than confusing and often unbiblical. The third section comprises a response to two widely accepted claims. The first is that God’s voice is a ‘still small voice’ in a Christian’s spirit, or that God’s voice is the voice of Jesus referred to in John 10. The second claim allows for mistakes and inaccuracies when hearing ‘God’s voice’ through prophecy. The paper concludes that Christian leaders should have reason to be greatly concerned about the beliefs of some of their followers. It then offers some suggestions about how spiritual deception can be minimised.
Download Article
Read More
12345678910111213141516171819202122232425262728293031323334 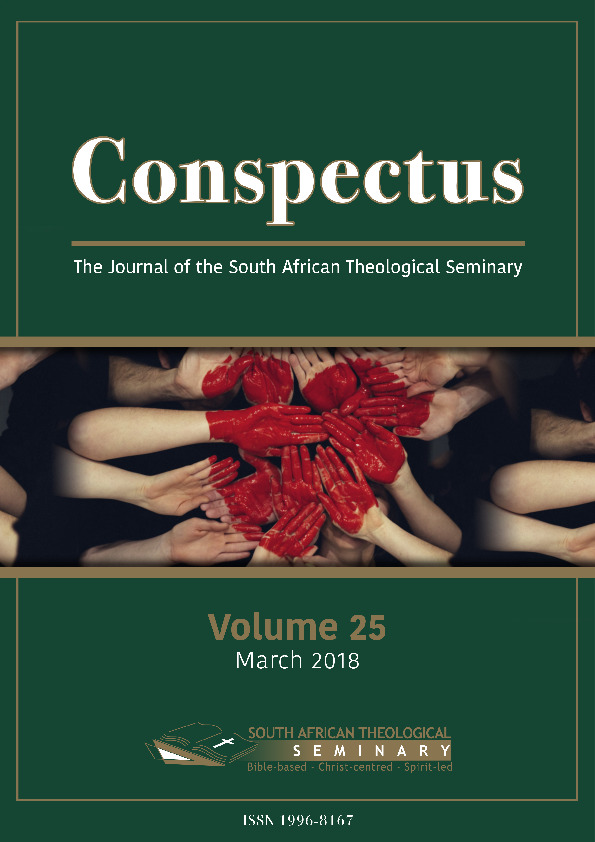