SATS recently hosted Australian pastor and scholar in linguistics and theology, and an expert on Islam, Mark Durie, in South Africa. Mark’s visit in part was to introduce SATS’ new course on Islam. A number of workshops for church leaders were held in the cities of Johannesburg and Port Elizabeth. We asked him about the significance of Islam at this time, and how the church can more effectively reach Muslims for Christ.

SATS: Mark, you recently spent time in SA sharing your knowledge and experience about reaching Muslims for Christ. What message do you have for South African Christians in particular regarding Islam?
MD: The faith of Islam presents one of the greatest ideological and political challenges to the church across the world today. Without doubt, South Africa is a strategic nation for Islam’s advance in Sub-Saharan Africa. It is troubling that there is a lack of awareness among South African churchgoers about the long-term implications of Islamization and the advance of Islam in South Africa. You have been spared the violent terrorism which is impacting so many nations. At the same time there are unprecedented opportunities for mission to Muslims throughout the world, especially in areas such as the Middle East, where Islamic radicalism has failed to provide the utopian solutions it promised. To South African Christians I say ‘Wake up! Learn! Engage!’ These are not times for comfortable sleepiness where Islam is concerned.
SATS: What advice would you give to a church wanting to introduce this aspect of ministry?
MD: Equip yourselves to understand Islam. Beware of comfortable politically correct accounts of Islam. Learn about how to answer Islam’s objections to Christianity, as well as to challenge the falsehoods taught by Islam about God and Jesus. Learn also to love Muslims. Reach out to them. Make friends with Muslims, and share the love of Jesus with them.
SATS: Any particular preparation that they would have to make?
MD: Christians need to understand how Islam is structured as a religion, and in particular the character of Muhammad, his life and actions, and how this sets the agenda for sharia, the Islamic system of ethics and law which pious Muslims try to live by. It is necessary to understand Islamic supersessionism — the view that Islam supersedes previous religions. It is also necessary to understand some basic things about Muslim culture as you reach out to Muslims. It is also essential to know what the distinctives of Christ’s message are, in contrast to the teachings of Islam, and how to present Christ in a winsome way to Muslims. Finally you need a strong backing of prayer support when you engage with Muslims and the strongholds of Islamic practice and belief. 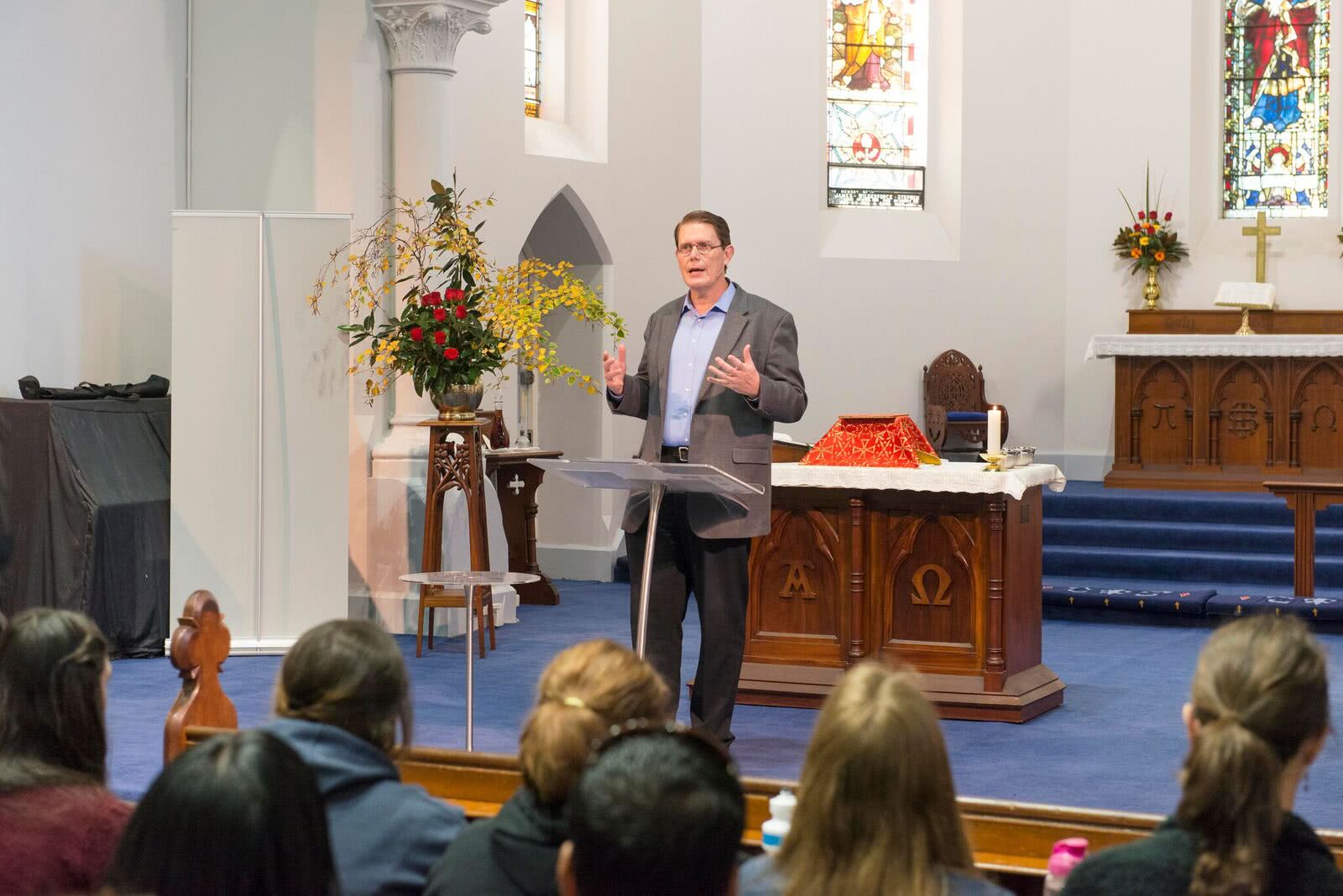 SATS: What is the single biggest mistake the church makes in attempting to reach Muslims for Christ?
MD: The worst mistake is not making any attempt at all and thinking there is no need. Muslims need to know Jesus Christ. The second biggest mistake is attempting to reach out to Muslims without understanding Islam and its theological framework. Islam includes within its basic beliefs an apologetic attack on Christianity. This means that when an ill-equipped Christian engages in discussion about faith with a Muslim, there is every likelihood that the Muslim will be far better prepared for the encounter. Be prepared!
SATS: Migration in Europe has catalysed Islamic followers to seeking truth and the knowledge of Christ. How can this quest be deepened towards spiritual fomation and discipleship?
MD: Many Muslim migrants to Europe are seeking Christ because of their experiences back in the Middle East, which caused them to doubt or reject Islam. There is an incredible urgency to connect with, evangelise and disciple these migrants as soon as they arrive in Europe. The hunger is greatest when they first arrive. So one of the keys is a timely response to their spiritual need. For many of these migrants evangelism is the easiest part. What is needed then is discipleship, discipleship, discipleship. There is a very great need for Christian missions workers to disciple the many thousands of Muslims turning to Christ from among the migrating millions. The window of opportunity is NOW.
SATS: What particular cultural and social barriers must be addressed for effective witnessing?
MD: This varies so much, depending upon the context and culture. Sometimes there can be ignorance about Christians, what they believe and how they live. There can be barriers within the Islamic community — taboos against connecting with Christians, and threats of violence against those who leave Islam. Some who choose to follow Christ lose their whole family, sometimes for a period, and sometimes for ever. Also never underestimate the extent of the need to completely rebuild a new believer’s moral worldview. Jesus changes everything. Discipleship requires years of very intentional engagement, care and teaching.
SATS: We saw a debate on sharia law in the UK on Sky News recently, and how the UK Government actually allows Muslims to have their own legal tribunals. Could you comment on this and the likely impact on society and the church, among others?
MD: This is a very bad decision of the part of the UK authorities. Traditional sharia law treats three classes of people as inferior: non-Muslims, slaves and women. In the UK it is women who suffer terribly from these courts. By making them legal, the UK authorities have in effect said “If you are a Muslim woman, second class treatment is good enough for you.” This is both sexist and racist. At a deeper level, this kind of concession to sharia law sends a message to the Muslim community that it is OK for people not to be treated fairly in the UK, that the sharia takes precedence over English common law, that Islam is superior and must be accommodated, even at the price of the rights of Muslim women. Once this happens, all sorts of other abuses of human rights can become normalised. Islamic law is bad for Muslim women and their families. It will be very difficult and painful for the UK to roll back these disgraceful concessions, but they will need to if the English desire their way of life to survive.

We ignore Islam at our peril. As missional Christians in the twenty-first century we must understand Islam. We must understand Islam globally, but we must also reflect on the form and expression of Islam in our local context. We need to engage constructively with Islam, discerning through the leading of the Holy Spirit how to both love Muslims and oppose Islamization.
Want to know more – Read More

Manage Cookie Consent
To provide the best experiences, we use technologies like cookies to store and/or access device information. Consenting to these technologies will allow us to process data such as browsing behavior or unique IDs on this site. Not consenting or withdrawing consent, may adversely affect certain features and functions.
Manage options Manage services Manage vendors Read more about these purposes
View preferences
{title} {title} {title}